Want to see my current work?

I update my tumblr most often, but I also have a portfolio site here.

HAPPY 5TH BIRTHDAY, BLOG!
(That must be like 90 in blog-years, because it feels like you're slowly dying...)

So if you haven't already, you should check out tumblr. It's brimming with amazing art and animation, especially gifs. It feels like a new frontier for animation, in a way. I'm posting more often there these days, and a lot of my friends are too.

Anyways, thanks to tumblr, I've hopped on the GIF Train somewhat. Here's a sampling: a couple of Nintendo fanboy doodles that move.

Do Bald Guys Use Shampoo?


Do Bald Guys Use Shampoo? from Aaron Ludwig on Vimeo.
at 9:24 AM No comments:

Our senior class film, "Estefan," was a TON of fun to work on. I was lucky enough to be Animation Lead on it, and as a character animator I couldn't have asked for a better film to work on. Tons of fun, great story and great characters. Thanks to Lauren Oppenlander (the creator of Estefan), Jeff Call (the director), Lauren Taylor (the producer), Scott Gwynn (the art director), and the awesome faculty at BYU's Center for Animation for the opportunity.

Last year, right after we finished, we submitted it to SIGGRAPH, and lo and behold, we won the prize for Best Student Project! Also, this past week, we found out that we took first place at the College Television Awards, for BYU's 12th Student Emmy! Congrats to everyone on the crew. I'm super proud of this film.

I thought I'd take this chance to post two of my favorite shots from the film. As animation lead, most of my time was spent managing workload and deadlines for the rest of the animation team, and finishing up shots that were falling through the cracks. But I was lucky enough to get to animate two key shots from the film, and I'm pretty happy with how they turned out.

This first shot was a ton of fun to do. It wasn't storyboarded this way (it was much simpler, just him looking at her head then looking up), but Jeff and the Laurens thought we could have more of a character moment here, so they left it to me to figure out.

After a while I realized that since Estefan can do anything, I'd try thumbnailing the wildest poses of him examining her head and trying to come to grips with her baldness (and come up with an idea of how to do her "hair"). The shot ended up being about 17 seconds longer than originally intended, but I'm happy to say that everyone loved the new story beat, and it made the cut.


This other shot was the first one animated on the film. It was a big challenge staging-wise, as we wanted to keep him in that bottom corner but still help him feel tense--tough to do when his shoulders aren't even really on screen.

Also that final pose took a lot of work (and tons of iterations with Jeff's feedback) but I'm really pleased with the end result--the original boards had his back arched the other way, but in animation it didn't feel big enough and was really tough to pose given the lack of room. But once I tried having him turn around, everything kind of opened up. (Props to Josh Whiting, who did the awesome dynamics on the jenga blocks.)

Congrats to everyone on the Estefan team! Viva la Estefan!!!
at 6:29 AM 4 comments:

With such a strong sense of smell, it's a wonder that he can stand to smoke so many cigars...

...good thing he has regenerative powers, I guess.

Inspired, as always, by the awesome Marvel fan art going on at Jake's and Anthony's.
at 7:49 AM 5 comments: 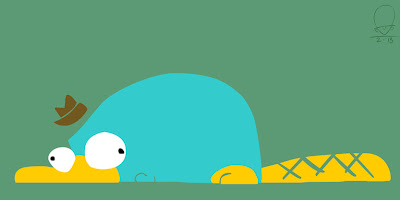 
Today the game I’ve been working on was finally announced!

Disney Infinity is really gonna be awesome. I’m lucky to be able to work on something as amazing as this.


What a way to kick off a career, eh?

Honestly, I'm stoked to be able to work on a game that I can play with my kids. I'm very blessed to be a part of this.

Anyway, please like the page on facebook, and this June get ready to play your way-- Infinity style!
at 2:58 PM 2 comments:

Email ThisBlogThis!Share to TwitterShare to FacebookShare to Pinterest
Labels: Announcements 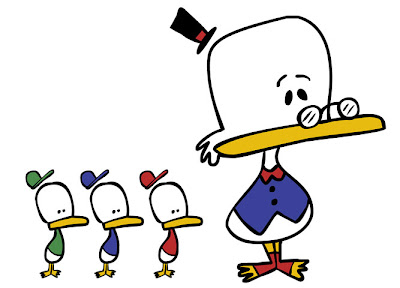 Just a quick doodle of Scrooge and the boys. 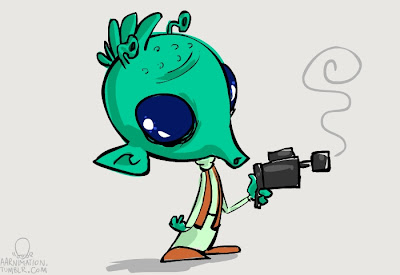 and good ol' Greedo, for the Avalanche blog.

Ty Carter is giving away half tuition at AnimSchool!

The amazing Ty Carter is giving away some awesome prizes this holiday-- including half tuition at AnimSchool!

Me and My Hope

I'm a Mormon, or a member of The Church of Jesus Christ of Latter-day Saints.

Want to know more? Check us out.

I also have a blog dedicated to uplifting spiritual thoughts. Come and share: Me and My Hope

Stuff you may have already read...

Blogs I Love (Under Construction)